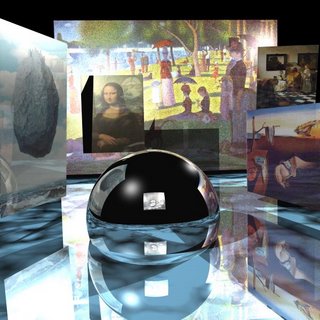 In developing the strategies for online activities, one can look for examples.

I was struck by the attempt by one organisations, (a not for profit industry association). It has an excellent public web site and its members password protected access to a vast array of content essential for effective practice.

It provides email services to members to alert them to up coming events, industry developments, issues, changes in law relating to practice and a range of papers.

Suddenly, the president started a blog.

The proverbial golf course conversation had persuaded him that this was a spiffing idea.

It went against all the tenets of Public Relations. It did not serve the aims of the organisation other than to offer a profile to the president, involve him in a heap of work and, inevitably, the content was sporadic and light weight.

Yes the stakeholder base includes:

Very diverse and very important stakeholders and the need to be able to asses the relative significance of such publics is quite critical.

What then should the Public Relations objectives be? This is, after all a well founded, well informed, reasonable wealthy, well meaning institution servicing and representing over half of the practitioners in the country.

On the basis of the foregoing, would it be 'start a blog'?
Of course not!

The need to lever the value inherent in the organisation is blatantly obvious. Its assets in terms of democracy, organisation, members, knowledge and authority can go a lot further if it opens up and levers value through enhanced transparency.

There can only be one over riding objective.

It has to be the nexus of professional practice.

Strategically this translates into an organisation that provides the means of connection; it needs to be involved in a connected series or group of interests and it should aim to be at the the core or centre of its profession and associated professional institutions.

It needs a plan that extends beyond the annual tenure of a single President but perhaps not more than a couple of years. There has to be a time element to this effort.
The extent to which this is already archived needs to be evaluated to provide a benchmark by which measurable objectives can be set.

The strategy can now be articulated.

Within this strategy the institution's assets need to be exposed with the development of messages for each of its stakeholders delivered through channels for communication that, in themselves, serve the objectives and strategic ambition.

It does not take a brilliant mind to realise that the Internet is going to be pivotal. Indeed, for a democratic organisation shining a light into the decision making corners of the Institution is essential and social media has a significant role here in opening up the democratic process.

The Public Relations practitioner, involved in this process might like to examine a range of tactical approaches. Not being privy to the inner workings of this Institution, it is not reasonable for me to propose tactics. I can list a number that may be considered.

The first is an RSS feed on the key pages of the Institution's web site. In addition, it should make available to members a free RSS reader and could extend this facility to other institution members and leading lights (perhaps also adding their web sites to the feed before delivery using one of the RSS fed conversion services)

If the organisation is the nexus of professional practice, the president should be the figurehead at the pinnacle. His public statements will need to reflect the most important issue and he should take a statesman like posture. Long term, authoritative, representative of the best and, form time to time damning of the worst.
Certainly not a blog. It is too frequent, to personal and too tactical. Perhaps a monthly podcast to members. Occasionally a no holds bared podcast interview by a leading journalist. Sometimes a joint podcast with counterparts of other leading institutions. Such podcasts to be made available in broadcast quality for distribution worldwide to off-line, online, media both for online and broadcast distribution.

There would have to be a capability for members and, separately, the public, to comment on the content with an authoritative and considered response.

Podcasts with associated wiki's of the executive and council meetings are essential. Easy to do and including the working papers, comments and considerations broadcast to members. With wikis, it is possible to comment and to see how the executive develops responses to issues.
An alternative would be a Second Life gallery (like the House of Commons) to observe proceedings and may be interactive chat to council members during voice/video streamed meetings.

The special interests groups should also have wiki's to develop plans accept papers, comment and criticise with regular Skypcast interactive meetings (may be even in Second Life meetings – or both).

Each of the Interest groups could have member blogs to open up their considerations to the range of institutions they interact with.

There is a case for joint, closed (i.e. Only available to members of the institutions – think global here folks - involved) blogs for members with common interests. Perhaps with an editor providing external reports to all members and public institutions.

In making statements, the Institution needs to target them. They should be issued as press releases (a record of fact) but also posted/pitched to community sites and facilities (from flikr to industry leading bloggers).

On the big issues, issue specific web sites with their own blogs and options for live interaction during meetings and virtual conferences (Skypecast, chat, IM).

News alerts should be available via SMS with the option to see a short statement by a spokesperson on cellular video.

Members like to be involved with members. Virtual networking is a thought and gathering member with common interests such as students, heads of practitioner firms, specialist interest groups would be essential. This needs to be across a wide range of platforms from chat aided Skype conferences to Second Life with associated wiki's included.

An expert wiki is, of course essential, how else might one find expertise or practitioners and much better than typical member lists on the institution's data base because it allows the practitioner to add to his/her entry in the member's (virtual) membership handbook.

Yes... I am warming to this... and getting sore fingers so added contributions will be really cool.

Posted by David Phillips at 2:02 pm