When Strange Things Start to Happen 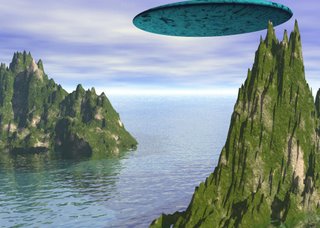 People like me are a pain for Public Relations practitioners.

I argue and squabble about syntax.

To me Public Relations is about relationship management, an ancient social, political and organisational discipline.

So when people talk about press relations or media relations, I see a skill for managing relationships with publishers and journalists. When I hear about reputation management I see a skill that attempts to manage the value of organisations. As practitioners develop skills for working in the un-mediated media such as the so called 'New Media' or in discourse, I see social skills at play to resolve the issues of relationships.

Anyway, these people have a life, have work, have a career and have their own distractions: 'This sudo-scientist is just playing and trying to play with my brain.'

Until... until strange things start to happen.

Until yesterday, I had thought that, but for minor tweaking, my interest in the evolution of the Internet as a social and cultural phenomena was pretty well a past chapter in my life. Rather like PR evaluation, corporate affairs, political organisation, it was useful experience to be built on.

Then in conversation, I discovered that I had been giving the same lecture for a long time and its implications were not having an effect on the audiences or, worse still, me. The chickens had come home to roost. What I was predicting, and have been predicting for over a decade, was here and now and having an effect on me and my colleagues.

What had happened was that a person had made transparent feelings about a tiresome chore. All of us knew this was an issue but just one of those things you have to do in life and.... well 'get on with it!'

The form of transparency through the use of the Internet.

There was a wide and, sometime heated online exchange.

Suddenly, all those lectures came home to roost.

The events of a few days raised issues of institutional culture, freedom of speech and expression, deficiencies in management, holes in training and knowledge, and need to change the product. It also offered wonderful new opportunities for personnel and product development and a whole new market. It brought realisation of how far and fast our society is changing because of the Internet.

At once, frightening and exciting.

It intruded on the comfortable. It got in the way of the job. It did that to my colleagues but it also had the same effect on me.

This stuck up prig, talking about relationships had not put the implications of theory into a practical setting.

The effect of the Internet on organisational relationships is profound.

Its life: red in tooth and claw!

It will disturb, frighten, or even ruin organisations for the simple sin of naivety.

OK, so I predicted that the Internet was going to do such things but I did not, and have not said what it all means.

A sin of omission?

All I ever was is a pain. Organisations thought 'The Internet is going to be important' so get him in give us a talk and then its done. I took the pieces of silver.

Lets get this straight – In the UK, and most Western countries, the Internet is now the catalyst for more internal and external change in organisations than any other activity.
Posted by David Phillips at 1:04 pm