For Public Relations, a future in which practitioners identify the nature of the 'public' or sector or stakeholder (culture) and in which the client operates is changed.

The professional in this arena now has  to:

The historical nature of PR that depended on the media to provide focus on 'publics' has changed.

The extent to which people have withdrawn from reading print media is now well versed. The trend is continuing.  The Newspaper Readership Survey in 2014 shows a dynamic shift from print to digital:


All research is based on National Readership Survey (NRS) data from January 2013 to December 2014, but does not include mobile and tablet app readers.

By mid-2015,  The Guardian, Daily Telegraph and The Independent had a larger online readership than print.

An example of the significance of the above trends would suggest that all  Press Relations practitioners should now be fully trained and equipped digital media expertise.

Meanwhile, the nature of traditional channels is changing fast as well. There is a much wider range of communication platforms in use.

If the survey is representative, this means a majority of UK journalists are open to a form of communication that is very different to the traditional press release.

It is a change that took less than a decade to emerge.

But these developments are but drops in the ocean. There are examples, case studies, that show how powerful the internet and notably social media, and the application of technologies can be.

So far we have seen publications, broadcasters, journalists and some PR practitioners, together with advertising agencies gently move into the digital arena.

Meanwhile, the general population is tearing into this new digital environment.

Nearly four in ten UK households bought a tablet in the last year. Mobile now accounts for 23% of digital ad spend and 56% of social media spend.

The dynamism of the Corbyn social media presence is described by Stuart Heritage in the Guardian (http://goo.gl/bwcp8e). In which he describes the elements that add up to internet gold. 'All of a sudden, you can’t move for Corbyn parodies and memes. Want to see a Photoshopped picture of Corbyn as Obi-Wan Kenobi promising a new hope? Check the internet. Want to scroll through endless pictures of his face pasted onto the bodies of rippling vest models? Check the internet. Want to read a weird stream of mothers declaring their berserk lust for Corbyn, based on the fact that he reminds them of a “salty sea dog”? Check the internet, and then go and scrub your face, hands and brain with Swarfega.' 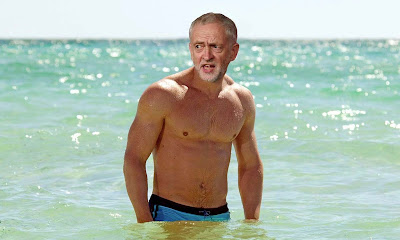 At one point, the hashtag #JezWeCan was being used once every 25 seconds on Twitter. Over on Facebook, a tentative Jeremy Corbyn victory party was being planned for the evening of 12 September in Trafalgar Square, London.

Many, many personalities, not to mention brands woul like to replicate such a movement.

The nature of communicating is outwith traditional media relations and the Corbyn example is a very noticeable case in point.