A New Dawn for Public Relations 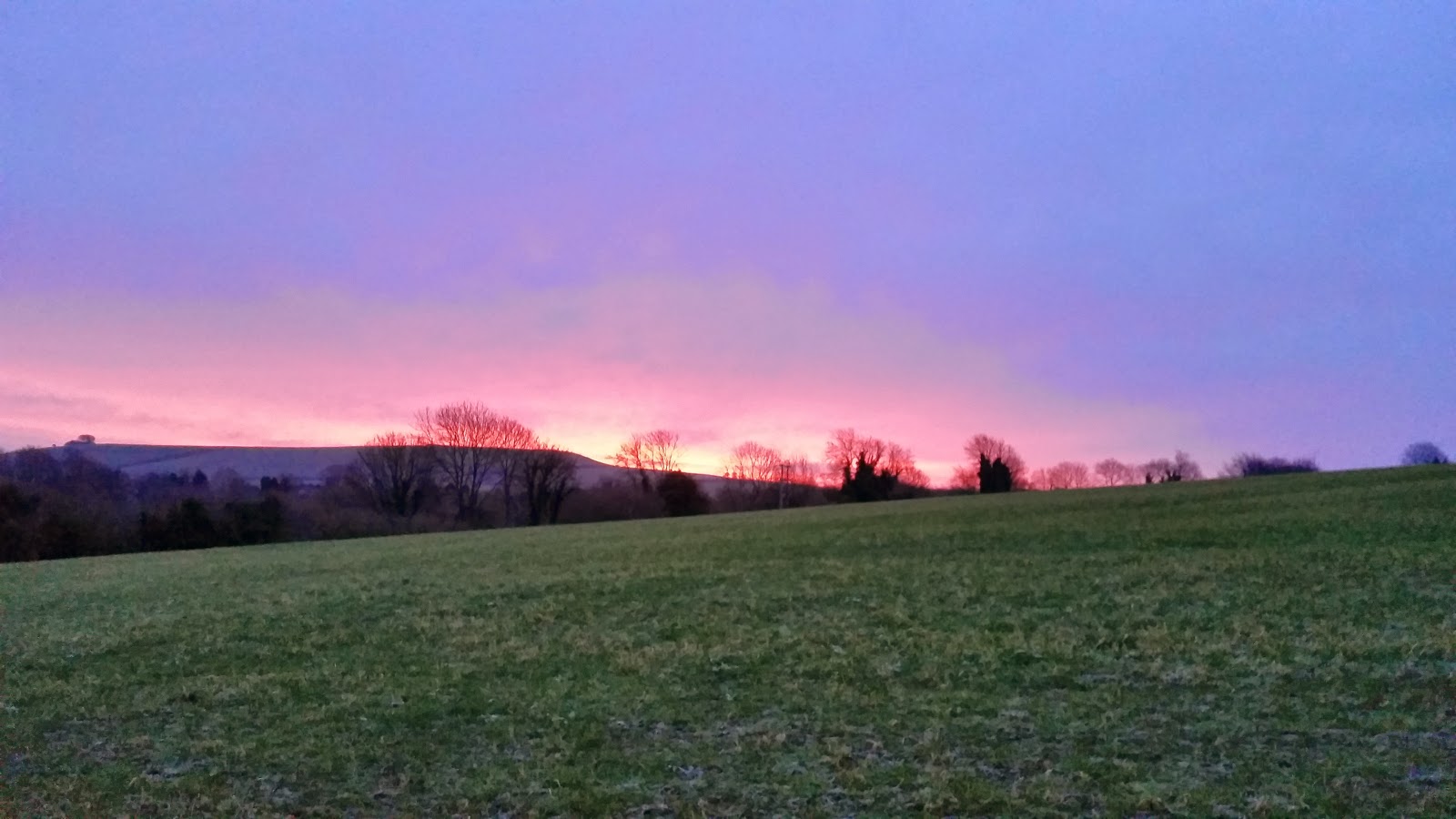 Yesterday, I examined what leaders in PR thought were the key issues and practices for the PR industry in 2015.

For a practice that has always been the discipline to make known the values of organisations to a wider public, this is going to be something of a challenge. In 2009, Richard Bailey looked two books. They put online PR into the contexts of the day. This is what he wrote:

It’s almost a decade since the first edition of Online Public Relations was written. For the second edition, David Phillips has teamed up with Philip Young.

While tools and technologies have changed rapidly, what do the authors claim for PR?  ‘For public relations practice the unavoidable conclusion is that nothing will ever be the same again; the advent of an online world means almost every aspect of the discipline needs to be rethought.’

Fasten your seatbelts; we’re in for a much more ambitious ride. It’s not just the practice that is changing, it seems, but its role and purpose. After a short section on the basic toolkit, this book deals in concepts: transparency, porosity, agency, richness and reach.
We assume transparency to be a good thing, and porosity (leaks) bad. But they are the flip-side of the same concept. ‘As with transparency, there are benefits. The authentic voice of the organization that flows through the corporate shell has tremendous impact outside and may be part of the managed process of making organizations more competitive.’ Yet as the authors ask (in the context of ghostwritten blogs), ‘where does the ‘authentic voice porosity’ stop and managed transparency begin?’
There are big challenges: ‘the practitioner with ‘messages’ to present to a public is now confronted with this changed communications environment.’ As the authors describe, it’s a mixture of one-to-one, one-to-many, many-to-many and many-to-one communications channels.
But here’s the problem. While Rob Brown’s book presents a simple (though not simplistic) view of public relations in the age of social media, Online Public Relations presents a very complex picture. That’s because the authors view public relations operating in the realm of relationship optimization. This implies a practice that will be unrecognisable to many since ‘untruths, half-
truths, hype and extravagant claims become reputation time bombs.’ This is no doubt true, but it presents a counter-factual view of the practice in a similar way to the famous ‘two-way symmetrical’ model, which still feels idealistic 25 after its publication.
So ‘the internet brings public relations closer to the heart of corporate re-engineering, corporate governance, corporate and brand relationships, reputation promotion and issues management.’ It’s a very different picture from that depicted by Rob Brown. If Rob Brown’s book could be renamed Marketing Public Relations and the Social Web, Phillips and Young’s could become Corporate Public Relations Online. I described the first as suitable for undergraduates and confused clients; the second is for advanced students and practitioners.
Let’s summarise some of the changes identified by Phillips and Young. ‘The traditional website has become a place of record and commercial exchange. The new social media web is a place for interactions.’ And ‘the extremes between a press release and a telephone conversation require flexible policies in terms of approval of corporate statements. Social media need the same kind of flexibility.’
‘In the past, a PR person might have been judged by the volume of coverage generated for a client. The key today is not volume but influence: that is, how deeply into the networks did the story reach and for how long did it actively set the agenda in the online ‘conversations’?’
At its heart (chapters 15 to 21), the book provides help with developing a corporate internet strategy (‘there is an overwhelming case for improving capability to strategically manage online presence, interactions and stakeholder relations by organizations.’)
The challenge is to bring the linear, rational process of planning up to date to cope with rapid change and uncertainty (even about the very nature of the organisation). ‘Put simply, we need to be able to plan for surprises in this fast-changing world… The idea that one can run a ‘PR campaign’ is now flawed. A ‘campaign’ once had time limits and could thus be dropped after the event, but this does not apply today.’
The book cannot provide a template for your corporate internet strategy, but it does discuss approaches and adapts existing tools and models, and has particularly strong sections on risk assessment and legal and ethical issues.
Best of all, the book challenges us to rethink the role of public relations. ‘The previously unseen hand is moving into fairly sharp focus’ the authors state, in discussing the shift from communicating through journalists to engaging in social media conversations (moving from mediated to unmediated discourse). And ‘the fundamental vector of communication that shapes reputation and an organization’s relationship with its stakeholders has flipped through 90 degrees. Now, the truly significant discourse is that which surrounds an organization, product or service.’
Yet the authors also state, ‘Online PR is not an alternative to other forms of relationship building, communication and interaction; it is an extension of what has gone before.’ I call that evolution. The radical, revolutionary thinking is less about the relationship of public relations to the internet and more about the role of public relations within organisations. ‘New PR is also about new thinking’.

Yes, and here we are harking back to ideas that are a decade and half old.

It seems Transparency is creeping into everything we do.

The Investigatory Powers Tribunal said GCHQ failed until December 2014 to make clear enough details of how it shared data from mass internet surveillance.

It was the IPT's first ruling against an intelligence agency in its 15-year history.

The Home Office said the government was "committed to transparency".

In December the IPT ruled that the system of UK intelligence collection did not breach the European Convention of Human Rights, following a complaint by campaign groups including Privacy International and Liberty. So 'Transparency' has even crept into GCHQ! Transparency has an ascendant place.

The way that porosity works is now institutionalised in the web site Wiki Leaks.  Almost no one could doubt the richness of content online. As social media tracks even the place you are and the temperature of the big outdoors in your location, it becomes harder to build and maintain the corporate firewall. Indeed, the organisation seems almost to have no walls. The simple need to acquire global expertise comes in the form of open source and contracted labour.

It seems there is rich content about everything. It is available in words and pictures, movies and holograms.  Not only is there a lot of information out there, so called 'big data' it is available to be monitored compared, measured, evaluated. It is also the seedcorn for automating PR jobs. Michael Osborne and Carl Frey from Oxford University say that algorithms can now write simple finance and sports news stories once done by journalists - but it doesn't mean those jobs will disappear anytime soon because of the skills they require. It does mean that many repetitive jobs once at the heart of PR will be whisked away. It does mean that the digital environment has so much data that automating cultural activities is now not a mad scientific vision. It is a matter for the here and now.

And, the nature of mobile communications means that from the centre of London to the far flung Scottish crofts, the reach of the internet is delivered in a mobile device in ones pocket.

Thus the key elements of transparency, porosity, agency, richness and reach still hold good. Reach is much more than being able to converse with the populations of the world. The nature of reach is in its state and its every morphing states in a society which has intelligent networks reacting round the clock.

This is the environment in which Public Relations has to thrive. It is a place where the five elements are not only present but are there by a right of internet passage and not managed or controlled by the PR practitioner. The practitioner has to learn to thrive in an environment where 'the organisation' becomes progressively less tangible and where the digital capability is changing all the time.