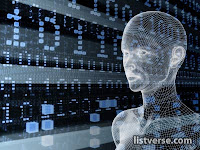 In an exercise with some students we looked at a project in which the PR person was given responsibility for a university open day with the objective of increasing the number of student registration to 110% of capacity.

The university was running at less than 95% so this was quite a challenge.

The rules were simple. No budget constraints and stick to the brief.

Of course we undertook a detailed analysis of the primary publics and their interests and drivers: candidate students, existing students,the faculty etc.

By the time we had students wearing tee shirts with QR codes printed on them, it was obvious that the internal  communication activity was going to be critical.

To get fulsome buy-in from the dominant coalition and starting with the Principles, QR codes were liberally evident outside their offices linked to web sites about achievements, interests and Facebook friends to like selected with salacious care (every lecturer has glamorous Facebook friends - it goes with the territory).

In (classroom tests) it became clear that although the staff was completely oblivious to the secrets of QR codes, the students had no such barriers. Here was a subversive form of communication that was just right for the target audience but also really useful to achieve in-house buy-in (after all when you come out of your office and a bunch of giggling students are pointing phones at the notice boards, even the crustiest academic is curious).

The ideas for the programme, now an interactive university wide exhibition, continued as exemplar courses were given the QR treatment. Film and Vision has a wonderful challenge to use their studio to create YouTube events (inspiration came from here)  for visitors providing attendees with QR codes in hard and soft copy. The stars in the show, academics, students and visitors alike were offered staring roles.

Imagine proposing to a librarian that the PR department wanted to deface books with QR codes converting them into interactive documents incorporate text pictures and video. A deeper richer experience and above all fun. Perhaps even creating Slate books.

Meantime the maths majors were (hypothetically) working on creating a virtual environment about a new form of seminar with the lecturers in class and the students in the bar (sounds credible to me).

A new way of annotation for course work was thought to be a good idea for visitors to the open day.

The whole university was offered help to work on Wikipedia entries with each paragraph having its own QR code with free help from local wikipedians.The resulting codes were photo-shopped into a walk through department exhibition using a really appealing invitation for the young men expected to take an interest

The chemists had a ball developing Avatar presented activities.

Of course all universities need to keep local communities involved and a small team worked on how they could create web presence and interaction between visitors, students and the community and local enterprises. In addition there was a case for creating new ways to stay in touch with school and university alumni.

Having scoped out what was possible, the next major consideration was reaching out to the target audience. Direct contact, involvement with schools, local press, radio and television and, of course the places where young people (and their parents) go. Every new media idea that the class had come up with had a novel, interesting and compelling application for enhancing media relations and extending interest and coverage.

The wonderful thing about students is that they suddenly come up with a new, and compelling idea.

The idea that so many communication capabilities came from the internet of things inspired by the Corning video brought a whole new range of new communication ideas.

To be able to attract a Corning demonstration, there would be a need to make the open day bigger, requiring wider involvement of the local, and, notably, commercial community.

There are two serious drivers for commerce: incremental sales or, alternatively lower cost.

What, for example would happen if these truly exciting events could extent to the wider community? What self respecting club could resist a QR code enhancement - if only on tee-shirts and wearable transfers, badges, table mats, drinks and even the bands. What is all these electronic gizmo's were all branded to keep promoting the university?  Can the open day become an interactive community interest in shopping malls and, in doing so, increase footfall?

Could visiting prospective students apply for a course using Bump technology? Could a local manufacturer use the new knowledge that the university was acquiring in communication skills for commercial gain? Is mobile phone bump technology helpful in replacing office access passes (Bump payment is now passée) and at the same time a message board on employees phones as part of the process adding internal employee communication to access control. Communication was invading and enhancing ordinary corporate function.

As the conversation progressed, each new application, every new idea offered new and interesting tertiary opportunities to engage a huge range of media from Facebook to YouTube and every news channel going.

By now, a simple open day, a normal PR activity, was becoming an agent for organisational change.

It was creating new and additional motivations for the establishment, lecturers, students and the community.

The kind of thing they would want to do because it is fun.

What we witnessed was where advertising, sales promotion and PR blur into engagement. Relationships that needed careful and structured management to gain the most potent effect.

Image from http://listverse.com/.
Posted by David Phillips at 6:57 pm