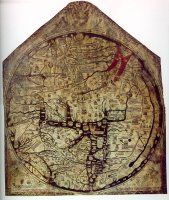 From time to time, I have mentioned stakeholder mapping as the means by which practitioners can benchmark the relationships their organisations can establish the communities that influence them.

One methodology that Dr Jon White and I have used for some time is now used by quite a large group of practitioners and academics who can be described as the Clarity Movement.

In essence this group of consultants and educationalists use an approach based on a concept developed in the 1990's. It is one approach to identifying the value of relationships.

In its simplest form almost any practitioner can use the concept.

The primary approach is to identify a stakeholder group and ascribe notional values to its relationship with an organisation. Such notional values are: Importance, Influence and Attitude.

For example a stakeholder group such as 'employees' may have a notional value of 60% important; 70% influential and + 75% attitude towards the organisation.

The next part of the process is to identify a second stakeholder group and attribute a notional value relative to the first group.

For example, a stakeholder group such as 'customers' may have a notional value greater than 'employees' in importance, say 65%; of lesser influential value at say 60% with lesser value of attitude (but never-the-less positive) attitude of + 60% attitude towards the organisation.

The process can be continued for as many stakeholder groups as necessary (examples might include: vendors, investors, regulators, competitors, local community, professional associations and so forth).

Both the list of stakeholders and the values attributed to them are nominated by the person or people who are creating the benchmarks.

As the process continues, there will be adjustments made to prior assumptions until an agreed range of stakeholders and their relative values has been created.

For best results this activity is undertaken using the expertise inherent in an organisation with an experienced moderator and the most powerful methodologies for gaining these insights will use approached such as visualisation help such groups make collective and collectively agreed decisions.

For many practitioners, this kind of approach is helpful as an aid to explain the role of public relations for organisations. Used in a group of senior mangers (and an Executive Board is ideal), it shows the range of influences and pressures that are significant to the organisation and it also identifies the relative significance of publics, stakeholders or social groups to the organisation (like this example).

Applications are not limited to organisations and this kind of mapping is very well suited to identify and benchmark stakeholder that are significant for the management of issues.

There are refinements to this approach. The first is that it is possible to project forward from an initial benchmark to set relationship objectives for the future and, of course, to identify and evaluate effectiveness of activity since a previously established benchmark.

After many years of using this approach, I think its greatest significance is that it shows just how wide the practice of public relations is and the breadth of responsibility that rests on the shoulders of those with Public Relations responsibilities.

Posted by David Phillips at 9:11 am