Sainsbury is a shop and Anna Ford is CSR window dressing 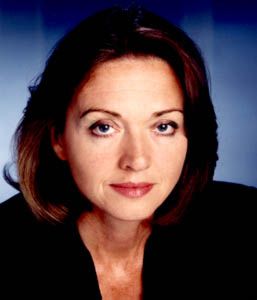 The appointment of Anna Ford, a journalist and TV programme presenter, to the Board of Sainsbury, one of the larger UK supermarket chains, has provoked quite a lot of comment. Its emphasis on green issues and Corporate Social Responsibility has dragged CSR into focus for a number of corporate and in particular Tesco.

The FT's David Bowen, is not very flattering. He said 'I fear they (Tesco and Sainsbury) may also believe CSR is a sub-division of marketing.

His analysis goes further: “Many people will turn to these (Corporate Social Responsibility) sites to find the answers to hard questions. How green is my supermarket – really? Has it reduced the packaging it uses? Is it oppressing farmers and other suppliers? Is it damaging local shops?

Some of the answers can be found, though again only by the diligent. Most of the readily-accessible ‘statistics’ are carefully chosen to put a fine gloss on performance – graphs all seem to go in the right direction.”

Well are we surprised? There is not a Public relations Director at Sainsbury at all (there is the Pip Wood, the lowly Director of Communications whose title reveals she is obviously not a PR person and not on the Operating Board) but there is Operating Board member Gwyn Burr who is a paintings by number person.

In creating effective relationships, the idea that transparency is elective is stupid and only demonstrates that marketers are responsible for CSR. In a world of social media marketing is evident because no respectable PR staffer or consultant would be so crass, would use spin and be selective with content.

In addition, it is only a Marketer who would suffer the inclusion of a journalist (no matter how talented) to have a Boardroom CSR role. One could but expect even more spin.

M/s Ford's (who once tossed a glass of wine over Jonathan Aitken ) credentials seem to be her view of half the population which inhabits “... a world full of doubt and confusion, where vulnerability must be hidden, not shared; where competition, not co-operation, is the order of the day; where (they) sacrifice the possibility of knowing their own children and sharing in their upbringing, for the sake of a job they may have chosen by chance, which may not suit them and which in many cases dominates their lives to the exclusion of much else."

I do not see any CSR expertise in M/s Ford's CV. She is, at best, an amateur and as such window dressing... Its what you would you would expect from a competent grocer.

Would you expect it of an organisation that is as as big as the majority of nation states? Probably not. It really is time that larger companies recruited skills and experience and left the politically correct (62 year old woman celebrity) attractions to I'm a Celebrity - Get Me Out of Here.

I have commented more than once that PR has to save advertising and asked the extent to which Marketing can survive. Here we get the answer to the latter question.

Posted by David Phillips at 1:04 pm