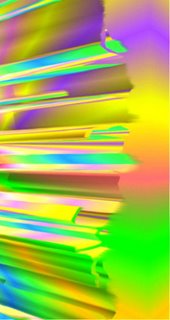 In a debate about public relations with Richard Bailey I am aware that I have made a lot of assumptions in explaining my view of the practice. Time to come clean!

The Model is all about relationships and creating value. It follows from the practices of Public Relations that are as old as Aristotle, as recent as Bernays and as new as the Interactive Internet. It is about these three elements as well and so can be justifiably called 'PR 3.0'.

A fair warning, if you think PR is akin to 'Sex and the City', this will put you off a lot. But to explain a little, there are many and varied tactical activities that fall in under the PR umbrella many approches to practice and so there is some confusion. Its rather like being a medical doctor but only practising in Cytopathology.

Drawn from Pierce, the Relationship Value Model posit that actors hold tokens that are explicit, personal and can be tangible as well as intangible. It is the basis of the concept described here. I offer up that these tokens are to a greater or lesser degree held in common with other actors and that such tokens have implicit and tacit values. The proposition is that these tokens are material in creating relationships when both commonly held and having similar values that are mutually recognised by actors. The condition for commonality to be recognised by actors is through a culture that aids actors acquire common knowledge of tokens and the values ascribed to them by the actors.

From time to time the extent of material values is such that people come together to form social groups. Some social groups are organisations we recognise as companies. They are, in themselves cultures and they influence culture.

The role of the Public Relations expert is this about managing value.

At the heart of any public relations process is an understanding of the organisational landscape. Those actors, tokens and material values must be at the core of the process. Through a process of landscaping tokens shared with other actors (such as competitors, customers, regulators and the like) and where their values may not wholly coincide with those of the organisation, the potential for changing value is revealed. A mismatch (spin?) will eventually fail.

Posted by David Phillips at 1:13 pm