What is PR again? - discuss 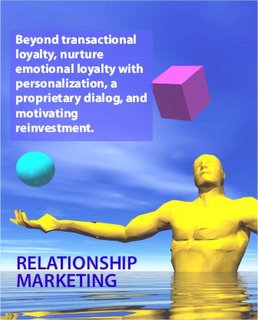 A colleague has been been watching through the metaphorical (internal email) window a 'strange academic lathering that has reached pre-orgasmic proportions, and felt obliged to ride in with a large bucket of ice-cold water.' He continued: “In over a quarter century of talking to companies that want to communicate with their customers I've not met one that cares a rancid fig about what you call these activities: they just want to know "does it work?" If it does, it's all the same. And it's all the same.”

The debate was over a comment that said: “The market for PR and communications professionals can only be described as extremely healthy. A recent article in The Economist magazine (January 19th, 2006), cites PR as 'an increasingly vital marketing tool' and added: So there we have it – Public Relations IS part of Marketing!”

Of course we all know that The Economist is at the forefront of PR and marketing theory and practice and understands a networked economy..... But that aside, the debate is an interesting one.

Here is a counter challenge:

For those who don't care a rancid fig about what you call these activities, I would suggest they look at where they get the best bang for the buck and look at the comments about PR in brand development and the work on of David Wolfe or Elizabeth Albrycht for inspiration.

“Sir Edward B. Tylor 1871: "culture or civilization, taken in its wide ethnographic sense, is that complex whole which includes knowledge, belief, art, morals, law, custom, and any other capabilities and habits acquired by man as a member of society".

There are sub cultures Which I talked about earlier this week.

Managing relationships between an organisation and its constituency changes its cultural space.

This requires that we need to understand what we mean by 'an organisation' and 'a relationship'. Here are views expressed in my paper to the

An organisation is the nexus of relationships (forget Coarse – the father of a bastard son – the Stakeholder model). A relationship is formed round commonly exercised and explicit tokens and implicit (cultural) values.

Furthermore it is my belife that: “Without effective relationships all other corporate assets are at risk. Sources of capital,raw materials and services, valuable Intellectual Assets, markets, customers and the processes throughout the value chain are completely dependent on relationships between people within companies and their counterparts without.” To be published next month.


In the Relationship Management model, Public Relations is that complex whole which creates cultural space for an organisation including knowledge, belief, art, morals, law, custom, and any other capabilities and habits acquired by man as a member of society to lever values though the creation of effective relationships.

Marketing is predicated on Coarse and is about contracts on one hand and social groups (stakeholders) on the other. Today more than any other time, this is too clumsy and marketing has to change. Cultures decide classification and the nature of things. The sale of a product or
service is part of a continuing conversation within relationships and is granular. Marketing, as practiced, is a red herring in this debate. It is dependent on a Marxist structuralist approach

The alternative is post modern and favours Georg Simmel.


Public Relations is predicated on personal issues and publics of one are common - its part of the mindset.

Would PR and marketing be understood and practised differently in a democratic v a capitalist society? Yes. Both are caustic. In a democratic society the opportunity for conversation is diminished – the market is removed. In a capitalist society there is the need for (monopolistic) structuralism - the market is removed. So far poorly explicated, the network society has some merit!

Public Relations is about changing (interfering) with culture.