The significance of emotions on CSR, brand and stakeholder management. 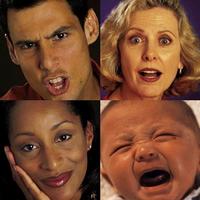 Studying how the brain works is important for understanding how PR works. In reading Bruce G Charlton, we get a further insight into how and why PR, using the Relationship Value Model, PR is effective and where and how the extra dimension of emotional attraction comes into play.

In other words how the world we 'see' interacts with the world as it is represented in our minds.

What is unusual about humans is that we are also aware of our bodies, our ‘selves’, and this inner-directed attention forms the root of consciousness. Consciousness is based upon an awareness of the ‘somatic’ milieu, and that awareness of inner states evolved because this enables us to use somatic states (ie. emotions) to ‘mark’, and thereby ‘evaluate’, external perceptual information. And this interaction of cognitive representations occurs in working memory.

The public relations process acts on the mind of publics by explicating the context in which the world we 'see' is recognisable (“marked”) so that the internal self can recognise, evaluate and relate to the PR objective. Or, to express it another way, in a network and using a range of channels for communication we present tokens and values ('markers') that are significant in the 'somatic milieu'.

Human consciousness and human language evolved and are adaptive specifically for social tasks. Our form of consciousness was ‘designed’ by natural selection for dealing with other people.

Strategic social intelligence is the ability to perform internal cognitive modelling of social relationships, in order to understand, predict and manipulate the behaviour of others - and is found only in animals with a large pre-frontal cerebral cortex (humans and other apes and primates, dolphins, elephants and some other social mammals).

Understanding these processes helps us understand emotions. Emotion is an aspect of a person's mental state of being, normally based in or tied to the person's internal (physical and self created model of the world) and external (social) sensory feeling. Emotions are recognised in the form of Love, hate, courage, fear, joy, sadness, pleasure and disgust.

If we experience an emotional state then our brains will record this body state in nerve cell activation patterns obtained from neural and hormonal feedback, and this information may then be used to adapt behaviour appropriately (sweaty palms, shortening of breath, dilated iris, stand, flee etc.).

When we 'see' something that our 'internal' view of the world finds strange, it has an emotional impact (sometimes strong, sometimes weak). For example, if we see the approach of an aggressive looking man (that is, a man that out internal model recognises as aggressive), this image provokes sympathetic nervous system activation which affects the internal environment of the body by its action on smooth muscles and hormonal levels. This change in body state corresponding to the emotion that we call fear leads to patterns of nerve cell activation in the brain.

In public relations we seek convergence between the tokens and values of the organisation and its publics. This is why PR is so effective in brand development and so called stakeholder management. We are able to provide the context in which the the tokens and values can be presented and in such a way that emotions can work to meet PR objectives.

If an organisation behaves without social responsibility and thereby shows tokens and values that provoke disgust, fear or sadness, then the response of publics will have an emotional element which is damaging. And as I have already shown, tokens affecting emotions are more powerful than any other.

We can see examples of 'emotion' tokens used among PR bloggers over Katrina.

Picture of 'emotions' from the Science Museum.