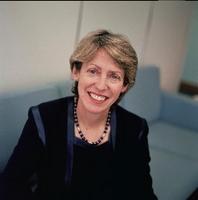 When Patricia Hewitt MP was the British Secretary of State for Trade and Industry, she called for corporations to have "successful relationships with a wide range of other stakeholders" because they "are important assets, crucial to stable, long-term performance and shareholder value.”

It is a splendid tour de force but the authors have still not come to terms with the idea that relationships are a valuable, if intangible asset. In a paper to the Bledcom conference in 2003 I argued that relationships should be included among the intangible assets that accrue to organisations. The nature and importance of relationships is missing from the book and I guess that is why The Centre for Business Performance at Cranfield has not been able to nail the big problems associated with measuring intangibles, managing intellectual property and understanding the nature of wealth creation. In my paper 'Towards Relationship Management'

I give an example of how relationship management turns intellectual capital into wealth.

Subsequent work on the Relationship Value Model looks at how one can identify organisations and their tangible and intangible assets in terms of their value both in trading terms and on the balance sheet. This applies to all organisations including governments, voluntary, NGO and, of course, commercial.

Big corporations and economies flourish which is a good thing but they also falter and decline which is not so good. At the same time we find that corporations and the financial markets are valued on the basis, crudely, of physical assets (which are by their nature no more than a metaphor for wealth) and 'goodwill' which are basically assets you can't kick.

The conclusions one might draw is that Patricia Hewitt was, probably by accident, close to putting her finger on the key issue in creating wealth.

Hewitt, P (2004) Foreword to the Draft Regulations on the Operating and Financial Review and Directors’ Report Department of Trade and Industry.

Posted by David Phillips at 5:02 pm